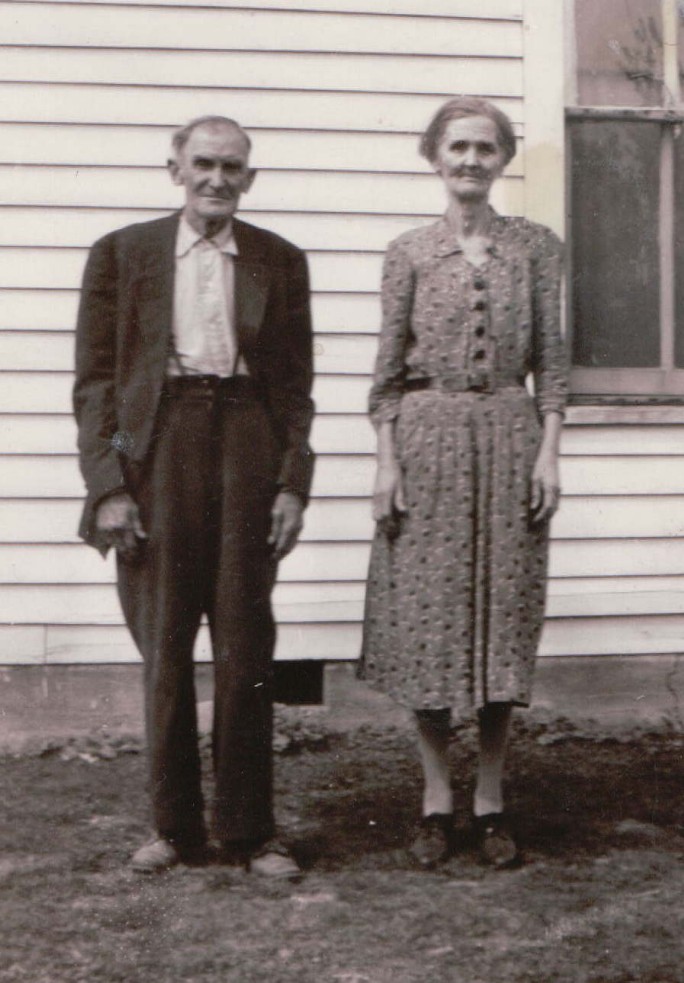 This picture is of my great grandparents on my momma's side of the family. David William Noble was said that Grandpa was pretty mean, a womanizer and a drunk. It is said that when he would get drunk he would chase Grandma around with a knife trying to kill her and my Uncle Dave (their oldest child) would somehow take the knives away and throw them in the well.

Grandma was Ida Ellen Smith-Noble.  Her dad, Texas Bill Smith lost her in a poker game with Grandpa Noble.  He did marry Grandma, however.  They had 10 or 12 children but at least 2 of them died in early childhood.  Grandpa died when my momma was 11 years old, Grandma passed when I was about 6 years old and I have some pretty good memories.  Especially that she had a bald spot on the crown of her head and I know I am a decendent of hers because I have one starting.

They lived on the Wabash River near the IN Ill border in Covington, IN.  Grandpa was a farmer and a river rat.  That isn't meant as a put down it just means he made a good portion of his living off the river fishing and then selling his catch throughout the area.

Covington is a dearly loved place to me as are the family I have left there.  They are so special to me. They are just 2 in my life that I thank GOD for putting me in a family with such an interesting family.