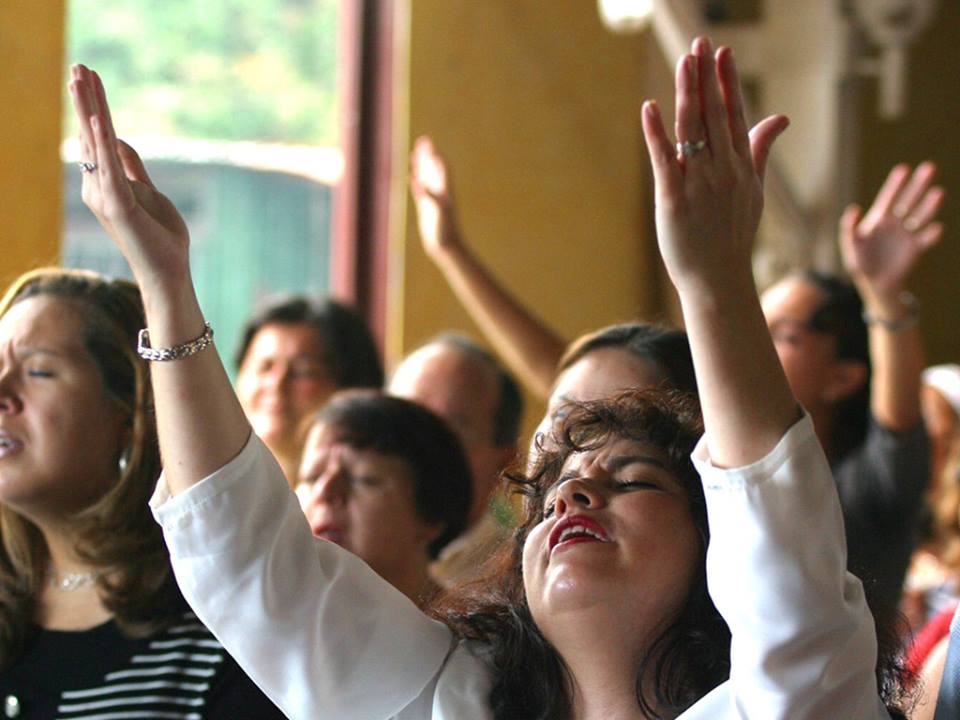 MIRACLES AT A COTTAGE . . . by Ken Simmons

Many years ago I was asked to speak to a group of teenagers meeting on a Saturday evening at a cottage near Lakeland, FL. Upon arrival I was completely unprepared for what was about to happen.

"It’s no coincidence that you're all here,” I told the group of teens. “God saved me and He has filled me with His Spirit for this moment in your lives. To let you know that Jesus is here and He loves you more than you can imagine. Maybe you have never sensed His presence before but you sense it now and He is here to touch you . . . to touch you and to fill you with His love.”

Soon a teenage girl began to cry, loudly weeping from deep within her soul. It was obvious the Holy Spirit dealing with her in a dramatic way.

As I went over to her and told her this was nothing to fear, and that it was actually something beautiful that she should welcome. I then gently placed my hand on her head and began to pray with her, encouraging her to surrender her life to Jesus, and it was then that her weeping began to gradually change from pitiful sorrow to that of overwhelming joy. Soon she was feeling real joy and as she began to smile tears started to run down her cheeks. She was embracing Christ for the first time.

Soon others in the group began to weep and surrender to Christ. Several times I noticed that some of these teenagers went over to a friend to ask them to forgive them for some long forgotten wrong they’d done and then they would pray together. It was so natural, so wonderful, that there was nothing left for me to do but simply step back and watch. The Holy Spirit was in control.

Next, they were leading each other to the Lord! Several times one of them would go over to one of their friends and say something like “let’s get saved, together,” then they’d pray with each other to receive Jesus.

If that weren’t amazing enough what followed was a real shocker! Without any direction from me these young people began spontaneously praising God and raising their arms high expressing their newfound joy -- not exactly a typical sight one might expect in a group of Presbyterian teens. This was completely natural and beautiful, seeing them with hands raised with tears pouring down their faces praising God. All of this was all unscripted, by me or anyone else.

It should be noted that nothing had been said about the moving of the Holy Spirit, or the gifts of the spirit, but soon another extraordinary thing happened. Many of these teenagers were being filled with the Holy Spirit and they began spontaneously speaking in tongues, raising their hands to God in praise while speaking in a heavenly language.

Just when I thought I'd seen everything – these young people began "singing in the spirit," singing in a beautiful unrehearsed melody praising God and singing in an unknown tongue, and it was as if the choirs of heaven had opened up. The Holy Spirit had completely taken over and I was merely a spectator at that point. I couldn't hold back the joy. I didn’t want to even try.

By this time these teens were all standing, hands raised and praising God when I noticed their Sunday school teacher, a tall young man in his mid-20’s, was standing with his hands raised high above his head. But this was different. His hands were raised and stretched high, but they were more like stiff boards, stuck in an awkward position. I began to approach him when someone got my attention and led me by the hand into another room as another teen was asking for prayer. After praying with this individual I returned to the main living room about ten minutes later and noticed that the Sunday school teacher was still standing, arms raised high, seemingly stuck like wooden 2 x 4’s trying to touch the ceiling.

Not certain what to make of this I walked over to him, thinking maybe he was doing this in jest, when I noticed tears in his eyes.

“No, my arms are stuck,” was his response.

It was then that I received a “word of knowledge” and said to him,

“You were making fun of these kids, raising their hands, and now your arms are stuck. God wants you to get on your knees, now,” as I got on my knees directly in front of him.

When I did he dropped to his knees and the second his knees touched the floor his arms came crashing down in a loud thump, like limp, wet rags. Immediately he began to shout in a loud voice, “Thank you Jesus, thank you Jesus!”

Then he suddenly leaped to his feet and began jumping up and down like a kid on Christmas day who just got a new bike, shouting,

The next thing that happened was totally unexpected, as he burst through the front door, knocking the screen door off its hinges, and when I left he was still running around this little cottage shouting,

“Thank you, Jesus, thank you Jesus!”

(PUBLICIST’S NOTE: This is just one example of the many miracles that took place in Ken Simmons’ true life story, “The Prodigal Diaries,” available on Amazon, Barnes & Noble, Walmart, iTunes, and Kobo.  If you would like for Ken to speak to your church or organization he can be contacted at kensimmons777@gmail.com.) You can also read many more of his articles on his website at www.kensimmonsministries.com)