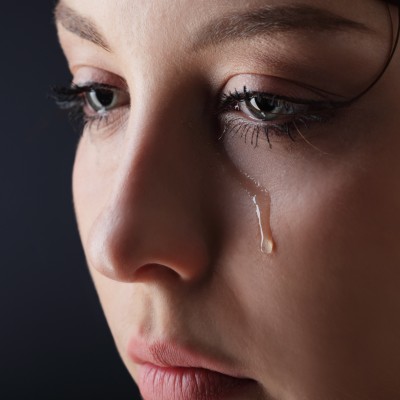 The (other) DEADLY CANCER
by Ken Simmons

Virtually everyone today has someone affected by cancer. It is a disease that comes straight from the pits of hell and it has the potential to send the sufferer to an early grave. The world is desperate for a cure for this damnable disease. Recently my wife battled three different deadly cancers, each potentially life ending. Because of the prayers of thousands around the world today she is cancer free.

But there is another cancer that is even more deadly. Someone once said, “Unforgiveness is like drinking a poison, hoping someone else will die from it" (author unknown).

In my recent novel “Jeané Rose, the Face of Courage” Jeané Rose’s father, who was once a cancer surgeon, explains to her how it was possible that her husband Michael had once loved her so deeply, but had through time ended up hating her and plotting to have her killed. Her father said:

“In much the same way as cancer is typically a progressive disease, often starting off in one area and then metastasizing to others, so is what happens to many people if they let the cancer of certain things continue in their lives without being dealt with.

“Because Michael’s resentment was allowed to simmer for some time it eventually progressed into bitterness. It was like a cancer that had begun to metastasize. You’ve said he became bitter about not being able to continue the lavish lifestyle you two had started out with. That bitterness must have lingered with him for a long time. But it doesn’t stop there. Like cancer, it spreads. Bitterness eventually leads to anger and if anger isn’t dealt with and is allowed to continue that anger will eventually turn into hate.”

Her father explained that Michael’s unwillingness to forgive Jeané when she decided to leave her lucrative modeling career, depriving him of the lavish lifestyle he thought he’d inherited by marrying a rich model, was the beginning of that downward spiral.

“Although it seemed impossible at the time, the Michael that had started out loving you so deeply finally ended up hating you. It wasn’t a case of being in love with you one minute and then hating you the next. It didn’t happen overnight . . . he was unable to recognize and deal with the signs, the metastasizing of the cancers of resentment, bitterness, anger, and hate -- eating away at him. Without knowing it he’s been dealing with forces he doesn’t understand, but the end game for these spiritual forces is to destroy Michael and then to use him to destroy your marriage.”

In an earlier paragraph I stated “there is another cancer that is even more deadly” referring to the physical cancer that can send us to an early grave.

That “more deadly cancer” is – UNFORGIVENESS. Physical cancer can kill our body, but “UNFORGIVENESS” has the potential to sentence us to a place where there is “outer darkness”, and where there is “weeping and gnashing of teeth” (see Matthew 21:1-11).

Here is what Jesus had to say about the matter, and as a believer I tend to take his words seriously,

That was not a suggestion, but an absolute spiritual law. If you want to have your sins forgiven you must forgive others. There were no ambiguities or loopholes in that statement of Jesus.

That leads us to the question; what happens if your sins are not forgiven? The only other option is to end up in a place of “outer darkness” where there is “weeping and gnashing of teeth.”

There are those that will say, “God’s not going to send me to hell just because I didn’t forgive someone – after all, what they did was unforgiveable.” Are you willing to argue that point with Jesus?

Let’s put that into perspective. If you say that what he or she did to you was unforgiveable, was it as bad as being crucified? Jesus was mocked, spit on, beaten, stripped naked and nailed to a cross, and yet He said,

Unforgiveness, when seen in this light, is a condition that is deadlier than a cancer that sends one to an early grave.