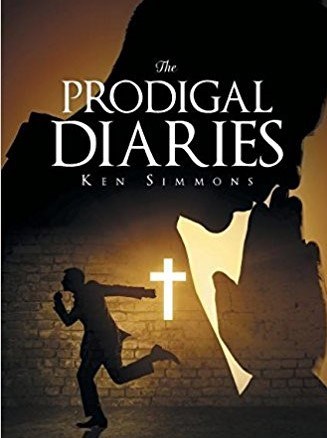 In 1969 he left California to begin a work in Florida, and without any money or the backing of any church or organization he moved his family to Lakeland, Florida and began reaching out to troubled young people. Within a short period he began to see results, with dopers, drug dealers, and young people with little hope began flocking to his work. Soon the local newspapers began featuring full page stories of his work and the word spread. He had converted a former honky-tonk biker bar into a Christian coffee house, and soon young people from all around flocked to hear. Quickly the schools began to open up and he and his team were invited into high schools throughout Central Florida with amazing results.

He also took his team to rock concerts in a park near Tampa that was truly a scene of sex, drugs and rock 'n roll. One day a band leader challenged him with, "You've been saying 'Jesus is Real' -- get up here and prove it!" Ken then got up on the stage and spoke for about 15 minutes as a hush fell over the crowd. Then he announced, "We've had many here decide to follow Jesus, and we're going down the river and baptize them." He jumped off the stage, and as he headed to the nearby river he heard a commotion, and when he looked back he saw that literally everybody was leaving the rock festival, fulfilling a vision he'd had 2 years earlier as thousands lined the banks of the river to watch the baptisms. During their time at the rock concerts, hundreds were baptized and converted, including major drug dealers.

During one particular rock concert the leader of a band took the microphone and with a raised fist he began cursing and shouting at God, "You've been saying 'Jesus is Real, Jesus is real' -- if he's so #@!!! real, give us a sign!" While he was still shaking his fist at the sky and shouting at God into the microphone, immediately a bolt of lightning struck the ground less than 20 feet in front of him as thousands of shocked young people looked on. The young man was last seen screaming as he ran off the stage and disappeared into the woods.

This work had a ripple effect that eventually spread to reach many around the world. One young man who he led to the Lord, a former heroin addict and ex-con, who had also been a cell mate with Charles Manson, has led hundreds of thousands to the Lord since then, sharing his story in America, Asia, Europe, and Africa, and a full re-enactment of his story was featured on The 700 Club as well as on Dutch television.

Unfortunately turmoil at home eventually found Ken running from God, a modern-day prodigal. His return to the Father heart of God is an epic conclusion to this heart-warming story.