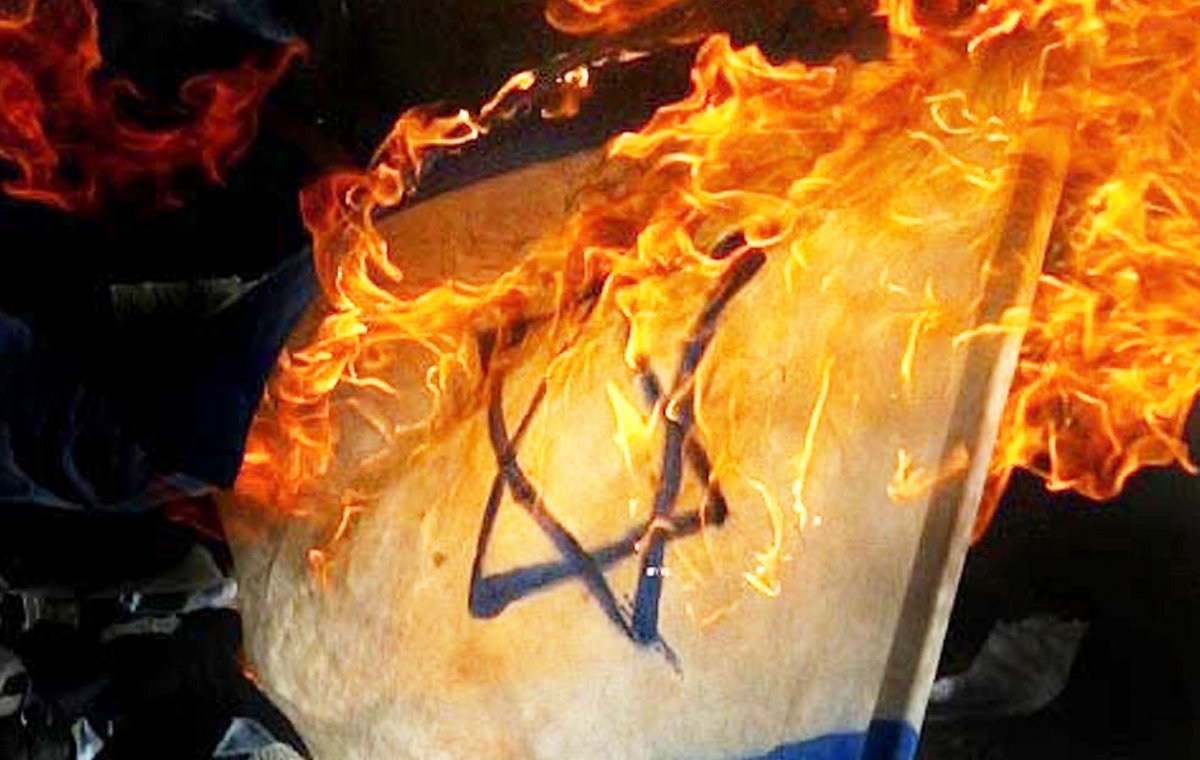 THE UGLY RISE OF ANTI-SEMITISM
by Ken Simmons

Anti-Semitism is definitely on the rise, and many are admittedly scratching their heads and wondering why this is happening. Statements to that effect were heard recently on a Christian television network, calling the hatred of Jews "inexplicable” and saying, “it makes no sense.” This writer will make the case that not only is it not a mystery, but that it makes perfect sense. Stay with me over the next few paragraphs and see if you agree.

On April 27, 2019 a man armed with a military-style rifle, entered a Jewish synagogue in Poway, California and began shooting while more than 100 people were present, killing one woman and wounding three others.

Later that year on December 10, 2019 shooters armed with assault-style rifles began firing inside a Kosher store in Jersey City, N.J. killing 6 people, including a police officer and 3 bystanders. The attackers called themselves the Black Hebrew Israelite Movement, who had published anti-Semitic posts on social media.

Examples of anti-Semitism would fill the pages of a thousand newspapers and listing all of them and their various iterations would be considered futile because most of us know them well. In Biblical times the Jews were hated by virtually all of their neighboring countries and in many cases they were taken captive and their cities destroyed. More recently the Jews were despised by Nazi Germany resulting in the holocaust in which some six million Jews were exterminated in more than one thousand concentration camps, with names like Auschwitz-Berkenau, Treblinka, Dachau, and Buchenwald.

The tiny nation of Israel is dwarfed by much larger neighbors that are determined to “drive them into the sea.” Iran’s current leader Ayatollah Khamenei calls Jews, “a cancerous tumor.”

But if you’re still scratching your head and wondering why all this hatred for the Jewish people let’s see if we can shed some light on the subject, because, except for the spiritually ignorant, as well as those trapped into the politically correct crowd, the answer is quite simple.

Most people are oblivious to the fact that we live in a world that is surrounded by unseen forces. Call them “evil spirits,” or “demons” if you like, but they have been unleashed on mankind. But even they are disciples of a greater power, and his name is Satan, Lucifer, the Devil – and he hates mankind, as man was made “in the image of God.” This malevolent creature hates you, me, and every person that has ever lived.

But his hatred for mankind in general pales in comparison to his despising of the people called Jews, Hebrews – because the Bible makes it clear that these were “God’s chosen people” – people who were repeatedly granted special favors such as “the Promised Land” – pledges from God Almighty that He never made to any other people on earth. God said to Joshua “Every place that the sole of your foot will tread upon I have given to you, just as I promised to Moses” (Joshua 1:3).

It is precisely because of that special status granted by God that Satan has, over the millenia, worked overtime in his efforts to destroy them, because it is he who wanted special favor and position by God, but was instead cast out of heaven because of his pride and arrogance. Satan's unbridled hatred for God has been focused on the Jews because it was Jesus who said, "I saw Satan fall like lightning from heaven" (Luke 10:18).

To further illustrate the unique and special status granted to the Jewish people, Jesus, the promised Messiah, was a Jew and He has had a greater impact on mankind than anyone else in history and His life has influenced more people than any other, before or since. The way we mark time is now divided – before Christ, and after Christ. More books have been written about this Jewish Messiah than anyone, and motion pictures depicting his life, death, and resurrection have moved audiences for more than a century.

And Satan hates Him as no other. He once offered Jesus “all the kingdoms of the world and their glory” (Matthew 4:8) if Jesus would bow down and worship him. When that plan failed Satan plotted to kill Jesus, believing that in so doing he would be free to rule the earth without any interference from Him.

(NOTE: If you’re not convinced that Satan has the power to grant Jesus rule over the whole earth, listen to what Jesus said of him – “. . . now the ruler of this world will be cast out” (see John 12:31), and again He said “I will no longer talk much with you, for the ruler of this world is coming, and he has nothing in Me.” -- John 14:30). Twice Jesus called Satan the ruler of this world. But Satan's rule is temporary, and is limited by God Himself, because Satan will eventually be cast into the Lake of Fire forever.)

Satan not only hates the Jews, but he has unleashed his hate and anger to anyone who chooses to follow Christ. Hatred of Christians is now becoming fashionable in many circles, and this writer believes that the day may soon come when the hatred and persecution of Christians rivals that of the Jewish people. Do not be surprised if following Jesus, and sharing that good news with others, becomes a "hate crime," punishable by law, as examples where people are now being prosecuted for such "crimes" are recently coming to light.

People throughout history, either through ignorance or weakness, have been influenced by Satan, and although those who hate Jews and Christians may have no idea why they are fueled by such hatred, to those of us who understand the underlying spiritual forces at work on the earth, this is not a mystery. As we said in our opening paragraph – “It makes perfect sense.”